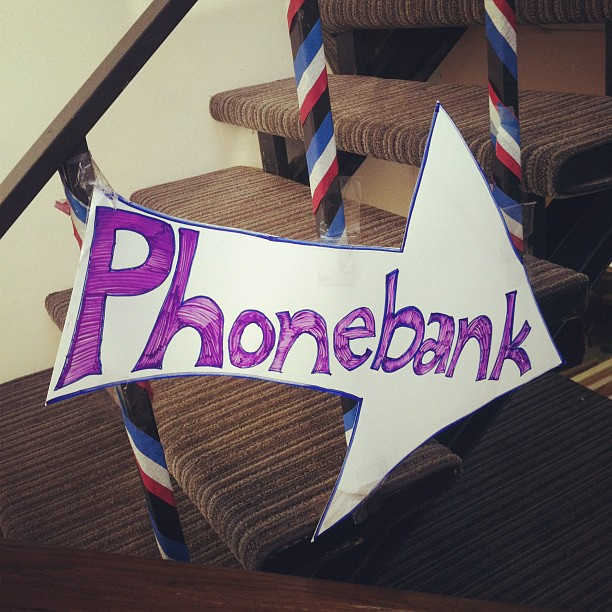 Dialing for dollars is an industry unto itself. Unless you are truly off the map, you’ve probably gotten a phone call or two or several. Goodness knows I get several a week, sometimes several a day depending on the electoral cycle. And, full disclosure, I paid the rent for a couple of months right out of college by telemarketing and dialing for non-profit dollars, two very similar and yet different gigs. Which means I’m ruthless with telemarketers, sometimes borderline rude. Because I know that when I say no, there is no heartbreak. The caller simply moves on to the next number of a list of hundreds more.

But I recently found myself gladly giving to one organization, and flatly refusing to give to another. And it occurred to me that the two calls demonstrated some of the lasting lessons I learned all those years ago. They’re lessons that have served me well over the years and apply to every nonprofit’s communications and outreach department, no matter how big or small:

Eat before you pick up the phone.

Believe it or not, this was part of my orientation. And they were serious about it. Because that slightly panicky sound your potential donor is hearing from you? It’s because you’re so close to getting them to say yes but you’re running on fumes, and all you want to do is just take a nap. Or eat. It makes the donor worry about your health more than it makes them want to whip out a credit card.

I get it. It’s a job, particularly if you’re at call centers where you’re calling on behalf of several causes a day. And I totally get that I’m probably your zillionth call this morning, and that you have a script, one you probably find incredibly unthrilling. But like the hunger induced panic, boredom is also catching. If the person calling me sounds actively bored, or “sighful” as it were, I hang up that much faster.

Somewhere between our hyperconnected digital world and unidentifiable “anonymous caller” 800 numbers, unsolicited phone calls are even more unwelcome than ever before. They all begin with asking for you, fair enough. But then there begins the dance of finding out who the caller is.

Caller number two did not get my money because he wouldn’t answer a simple question, “May I ask what this is about?” I always ask that when unidentified callers ask to speak to me. I find it a completely reasonable response when asked for my time, and implicitly, money by someone I do not know. Countering with anything other than a clear answer of who you are, and why you are calling makes me hang up. Fast.

Start with a thank you.

Here’s why I gave money to caller one. His cause was no less worthy than the caller I refused. But apart from sounding truly and infectiously joyful, he began by thanking me for my last contribution–even though it had been several years. There was no reproach at my having lapsed. Just a welcome gratitude if I were to contribute. And I could not say no.

With that, I shall go and eat. For I have a donor I need to reach out to.

2 thoughts on “Five Things That Make Me Donate By Phone”