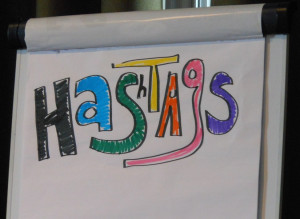 What do you think of when you think of the hashtag? If you’re like me, maybe the first image that jumps into your head is a paragraph worth of hashtags that you see under a picture of a dog or a cat on Instagram. You might think, “Oh, my eyes! My eyes!” If that is your initial reaction to hashtags, you are not alone. A buddy of mine on Facebook posted the question a couple of days ago that seems to be on many people’s minds. “When was the last time a hashtag actually helped anything good happen?”

As an NPO, this is an important question because so many NPOs and causes have used hashtags in the past as part of their efforts. Are those groups just wasting keystrokes or is there some method behind their madness? The answer, as is so often the case in marketing and business, is that it depends on your specific situation and your approach.

Why use a hashtag?

There are several compelling reasons to use a hashtag as part of your social media marketing efforts:

Using a hashtag can also be incorporated with ease into other marketing efforts like print ads or even give-away items.

Using hashtags given the above rationale seems a bit like a no-brainer. Why are they so controversial then? Unfortunately a lot of individuals, companies, and NPOs have abused hashtags in the past so that people automatically think of them as obnoxious and ineffective. For example, perhaps you have seen a person who hashtags every word that they tweet (practically). Or returning to the Instagram example, maybe you’ve seen a person use dozens of hashtags so that you don’t even pay attention to them anymore. Sometimes an organization has a good idea for a hashtag but the hashtag is too long, so it’s impossible (at least on Twitter) to add much beyond the hashtag itself. Because of these bad examples, some people these days may just ignore hashtags altogether, assuming they are not really serving any purpose.

The Hashtags that Do Work and Why They Work

All of that being said, if you have been thinking about using a hashtag tied to your social media campaign, do not despair and do not give up just yet. I have seen a few successful (really successful) uses of the hashtag for NPOs and causes, and I bet you have, too. Why did these particular campaigns work? Here are some examples and a brief explanation as to what was done right.

This hashtag showed up shortly after I started using Twitter. It was an effort by Scott Stratten (aka @UnMarketing) to raise funds for a little boy whose last wish was to be able to live his last few days at home. The hashtag worked because it succinctly encapsulated the campaign, it was compelling (tutus for a boy?), and it was easy to remember. The hashtag became a way to unite people who were either participating in the fundraiser or people who wanted to send good wishes to Tanner and his family.

There has been some debate as to how effective this hashtag was in terms of driving actual action, but there is no question that this hashtag helped draw attention to the fact that 300 girls had been kidnapped out of their school in Nigeria. Although the hashtag is a little on the long side, which can be a disadvantage on Twitter where characters are limited, the hashtag also effectively summarizes what the campaign is all about. It is easy to remember, and the hashtag was also carried over into other social media efforts, including offline protests.

The most recent hashtag to make the news is this one. One might criticize this hashtag for the same reason that people criticized the “BringBackOurgirls” hashtag. There is no real call to action. The chances of a woman’s life improving because of this hashtag are seemingly small. However, I am already seeing some good coming out of this powerful hashtag, and maybe you are as well. I am seeing conversations happen that may not have happened before. I am seeing women tell their stories to other women as a sign of support and solidarity. The hashtag is again easy to remember, it’s short, and it’s automatically empowering even before you read a single tweet.

If you want your hashtag to be effective, the first and most important thing you need to do is to determine what you want it to do. In the case of #YesAllWomen, the objective was clearly to create an online support community and to raise awareness of how women are treated in today’s society. The #TutusforTanner hahstag was different—its objective was to raise funds, so there has to be specific calls to action and blog posts needed to explain what people should do.

Have any questions? Let us know!