Do you want more email subscribers?

Email converts new customers more effectively than any other digital medium. The key is having the right people on your list: the ones who want to hear what you have to say and are most likely to support your nonprofit. 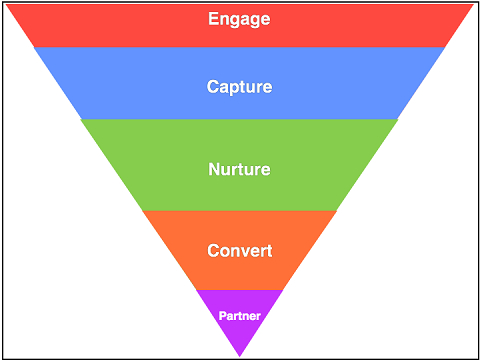 A simple lead funnel (shown above) gives context to the process. By engaging with your Facebook fans, you build trust.

From there, you can ask your fans to sign up for emails by engaging them in more meaningful ways. Like UNICEF does.

Using the ActionSprout Facebook app, UNICEF created a powerful landing page to encourage people to join the list for further information on how they can help Syrian children.

UNICEF is well aware that emotional stories drive action. They’ve made sure their fans are moved by the poignant images, text and call-to-action button. 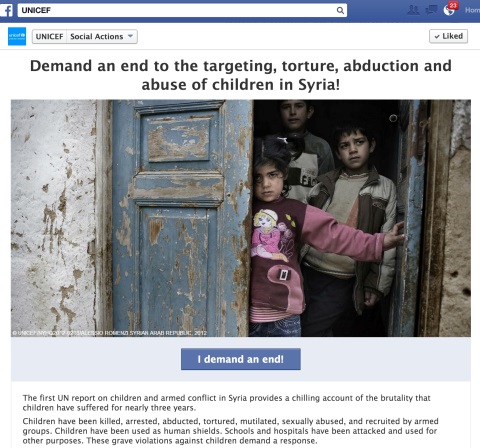 Anyone who clicks on I Demand an End automatically joins UNICEF’s email list. In one or two mouse clicks, UNICEF captures their target audiences’ emails and grows their list.

The Demand option stirs emotions and emboldens Facebook users to demand an end to the abuse of children in Syria.

By using ActionSprout to amplify their message, the UNICEF team was able to spread the word and build the organization’s email list at the same time.

To build a strong email list that provides high conversions, you must appeal to your target audience and weed out the rest.

Make sure your acquisition campaign speaks to emotion first, reason and logic second.

Relevance is also important. You don’t want just anyone on your email list—you want prospective supporters.

What do you think? What tactics have you used to build your email list?