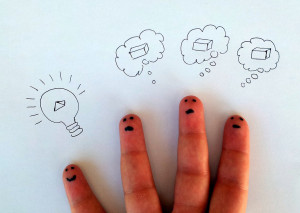 This week some friends were passing a long a video that Gary Vaynerchuk, social media guru, author, and founder of The Wine Library, had posted to YouTube. Gary has a history of speaking his mind, and this video, which I will not link to because it also has f-bombs (another Gary Vee characteristic) is no exception. The video is titled, “Charities are the worst brands on social!”

The clip is short, but essentially what Gary talks about is the penchant for charities to send him tweets or direct messages with requests to retweet this or share that. His problem is two-fold. First, the volume of these kinds of requests he receives is high, and second, these are requests that are made with no relationship as a foundation.

He does have a point.

Of course it is understandable why charities would would engage in these kinds of tactics. “Influencer Marketing” is a buzzword these days, and companies as well as NPOs are given the impression that if you can get one or two “influencers” on your team, you have it made. If someone with 40,000 followers or more can draw a little attention to your cause, it is likely to catch fire. For NPOs especially this can be a tantalizing scenario. If there is not a lot of room in the budget, the idea of a single tweet sparking a viral campaign is what just about ever cause dreams of.

The question, then, is how can NPOs use the influencer model without seeming so disruptive? Here are a few tips.

1. Make sure you are educating people about your cause, not just making the ask.

People will be more inclined to donate to a cause they truly understand and can get behind. The more information you can offer, and the more compelling your presentation, the more success you will have from the grassroots to the influencers.

2. Try to find an influencer who would gravitate to your cause on their own.

One of the mistakes the charities made who approached Gary Vaynerchuk is probably that they were asking him to donate to charities with which he had no connection. For any kind of marketing tactic it is a good idea to explore whom you are targeting. Knowing the other causes a person supports or knowing what their passions are not only makes it more likely they will help you, it also will show them that you did a little research before contacting them.

3. Mix promotion of other people’s content in with your own.

Often, causes can come across almost as bots. Their Twitter feed is nothing but, “Here’s our blog post,” “Here’s where you can donate,” etc. Try to diversify your tweets. Especially wise is to try to get on the radar of an influencer by sharing some of their content consistently awhile before you ask them for support. People are more likely to reciprocate than they are to donate out of the blue.

There is nothing inherently wrong with the influencer model for charities, but it often proves more fruitful to to build a community with lots of dedicated people versus trying to get the attention of a single “twelebrity.” You may even find that influencers may gravitate to you and your cause if they see a gathering is already there.

As is the case with most things in the online world, approaching an influential online personality is a lot about balance. Remember that they are being contacted (most likely) by lots of other causes. Being careful with your approach will not only prevent bad PR but it also will potentially help you stick out. It’s a win-win situation!